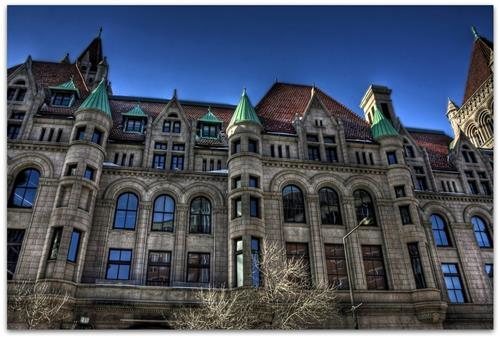 This location is rumored to be haunted by Jack Pfeiffer, a former bellhop who began laundering money with some gangsters. He had been arrested and killed himself by poisoning his jail cell, in fear of having to go to prison. The ghost of Jack is believed to enjoy ladies drinking and partying, and can mostly be found in the women's bathrooms. He is quite fond of the third floor as well. Alcohol often goes missing and bottles are tipped over, spirits have shown up in photos of parties and events at the location. The ghosts are believed to be Jack and some of his friends.