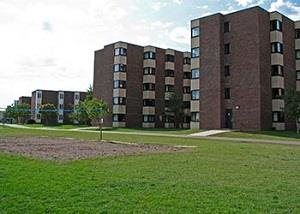 Griggs Hall at this university is rumored to have a haunted toilet, according to students. It is believed to have two ghosts. Both students passed away from alcohol poisoning and their spirits are said to manifest by the sounds of profane language, moaning and a bad smell.