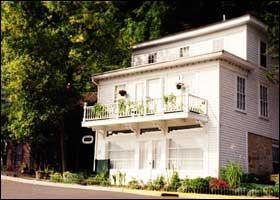 This building is supposedly the oldest in Minnesota and the northern building once operated as a funeral home in the 1800s. The location is now an inn and a ton of paranormal activity has been reported here. During the Prohibition Era, when the funeral home was a haberdashery with a back room that opened into a tunnel that led to a bootleggers' spot. The tunnel still exists to this day and haunts have been reported on the grounds, including a boy who likes to appear on the second and third floors, and a woman's apparition that shows up on the third floor. Email Haunt